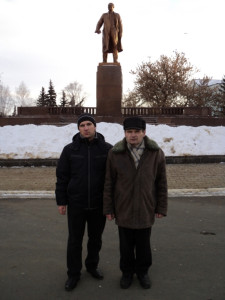 THE JULY REVOLUTION - the protection of the ideas of social justice In July 2011 finally revealed opportunism Zyuganov, reflecting the interests of the bourgeoisie within the Communist movement. Finally evident that Zyuganov seeks to benefit only for himself in harm to the cause of building communism, to save the power and re-enter the State Duma of Russian Federation. Posing as the defender of the working man, and acting on behalf of the Communist party, Zyuganov with the bourgeoisie hinders the passage of the power of the representatives of the working people, giving seats in the Duma representatives of business, what discredits the socialist idea. To do this, out of the Communist Party of Russian Federation expelled activists that, in the elections to legislative bodies on party lists is the abolition of the right to free elections to legislative bodies. Appeals in the courts and other organs of the state make it impossible to protect the right to free elections, and consequently the right to establish laws himself for working people. The most striking example of the abolition of the authorities the right to free elections to legislative bodies - is the example of making and using the election commissions in the 2007 election in Mordovia, the second and nowhere registered voting papers.
In spite of my presentation to the authorities of the second and nowhere registered voting papers, guilties did not suffer from punishment. Moreover, Merkushkin in whose interest was released this second edition of the voting papers, the president was re-appointed for another term head of the republic Mordovia. These facts testify to the complete abolition of the rights of working people for free elections.
Conclusions from this - if the authorities did not accepted by any public measures to prevent violations of people's right to free elections to legislative bodies by the example of manufacture and use of electoral commissions in the 2007 election in Mordovia, the second and nowhere registered voting papers and none of the perpetrators to responsibility is not involved, it means second edition of the voting papers did everywhere. Found the existing system of abolition of the rights of the people to free elections to legislative bodies. Accordingly, if the government abolished the right of people to free elections - that and, consequently, there is no recognition of the legitimacy of the government itself with all its consequences.
At the same time, the bourgeois Zyuganov's Communist Party, began get rid of the Communist Party activists, who unmasked the authorities in the abolition the right of people to free elections. These examples illustrate the coordinated actions of the bourgeois Zyuganov's part of Communist Party against the interests of working people.
That is why the followers of the teachings of Lenin, as opposed to the bourgeois Zyuganov's Communist Party and for protect the ideas of social justice in July 2011 began to form COMMUNIST MOVEMENT REVOLUTIONARY FRONT (abbreviated - CMRF).
Here is something to strive for CMRF:
Is established true power of the people. People's authority shall have the right to implement through his referendum. This means that the people realizes its power through a referendum on which decisions are binding and have the force of law after the official publication of the results of the referendum.Any agreement of other bodies is not required. The essence of the implementation of the power of the people through a referendum that the referendum is an expression of popular will, and the referendum commission only the executive bodies are obliged to facilitate and assist in implementing the people's right to a referendum. Any other use is unlawful, that is punishable.
Is established the right to free elections to legislative bodies. This means that any restriction of this right is illegal, that is punishable.
Repealed the presumption of innocence to the official. This means - the official responsible. For example, established the fact that the officer has owned more than officially received revenue - he is must to prove in court that the income earned by legal means. Not proven - then he expects the court and the confiscation of property.
Repealed the presumption of innocence for the oligarchs have received property from the state. This means that the oligarch has received a cement plant at a reduced rate must prove in court that the cement plant was obtained legally. Not proven - he expects the court and the confiscation of property.
Repealed statute of limitations for prosecution of government officials, judges and prosecutors. That is, these individuals will must to answer for their actions, which managed to hide with the help of his official position and evade responsibility by virtue of statute of limitation of criminal prosecution.
Is established the election of judges. This means that judges of all courts will be selected on a competitive basis with the possibility of early withdrawal by voters.
Changing tax policy and taxes is set according to income level. Completely abolished taxes on all types of income, for providing a living wage, and set a decent living wage. Taxes of big business is set to 90%.
July 2011 is the beginning and starting point for all subsequent events how the ultimate point of feeling of a lack of protection ideas of social justice in other ways. The name itself - REVOLUTIONARY FRONT of speaks for itself - it is about protecting the idea of ​​social justice through REVOLUTION. This means - the REVOLUTION for to protect the idea of ​​social justice is not only not excluded, but recognized in the prevailing conditions of tyranny and oppression as the most effective way. All the responsibility that people was brought to this state rests on the detaining authorities. At the same time, other methods to protect the ideas of social justice are not excluded, since they allow to expose the true essence of the anti-people regime. Shortly before the termination of a term of appointment of the head of region Putin began to praise Mordovia. I constantly living in Mordovia had a question — And why?

Whether not therefore that during election campaign at elections of deputies of 2007 in Mordovia election committees has been made and the second, not considered circulation of ballots was used. Then Putin to Mordovias, heading list of "United Russia", has received on some polling districts of 100 % of votes. Simultaneously the list of regional compartment "United Russia" was headed by Merkushkin.
Probably in it the reason of so active support for Putin Merkushkins also is covered. Here it the Mordovian mode to be in the authorities — the second and anywhere not considered circulation of ballots. Certainly the authorities of the infringements also hasn't noticed. While has put at elections of deputies of 2007 is in the European Court of Human Rights.
What will be a choice of the President on nominees on a post of the Head of Mordovia it will be known in the near future. However, the establishment of an irremovability of the authorities will inevitably cause social intensity, will entail still большее falling of authority of the power, will lead to opposition between the authorities and a society.
And as a final analysis — search by a society of adequate methods of change of the power. The reference to the European Court of Human Rights hasn't helped.

In connection with the arisen questions concerning death of my spouse I want to explain that my estimation in this part purely subjective, proceeding from that emotional condition in which I am now. Therefore, to avoid unreasonable conclusions I will try to be based on the facts.
To understand an event it is necessary to start with the previous events, (which already were) and the subsequent (which will be after that).
Shortly before death of my wife, she made a complaint to the authorities concerning poor-quality medical aid. She reached the European Court of Human Rights, and on May, 27th, 2010 her complaint is registered as the Complaint № 11152/10 Yelaeyva v. Russia. From an applied copy of the notice of Secretary of the European Court of Human Rights under human rights from May, 27th, 2010 it is visible. he asked Court to recovery of money for medical aid necessary for her, and to compensate moral damage which was caused by poor-quality medical aid.
Next, my wife has died in the hospital. The reference to the European Court of Human Rights hasn't helped for her.
Now we will return to some events which were before. Both incidents with multiton car "KAMAZ" directly are connected with my wife, as in both cases I under her request carried her on the my personal car, and in the second case she also was in my car. The first of incidents — is attack by multiton car "KAMAZ" on February, 17th, 2010. The second of incidents — is repetition on July, 15th, 2010.
However, the fatal role has played is especially long illegal criminal prosecution under the relation to me on forged criminal case № 14794.
Next, I consider that this sort of events will occur and further, from a permission and with the connivance of the authorities. As the death of my wife it too result of a policy, and she is the next victim of political system.
Example of the reference to the European Court of Human Rights proves absence of legal modes of protection.
For protection of the my life the departure from Mordovia I do not exclude. Being on hospitalization in hospital of Saransk of Republic Mordovia on September, 9th, 2010 has died my wife Elaeva.
I want to express gratitude to everyone who has helped to organize funeral, and has rendered sympathy and support at mournful o'clock of heavy, irreplaceable loss.

In the my article «THE MORDOVIAN OFFICIALS DO NOT NEED THE HUMANITARIAN HELP» (!!! On Russian language !!!) from 9/3/2010 was informed one more proof that interests of the simple people are alien to the authorities of Mordovia expressed in seating on a rubbish dump in vicinities of capital of Mordovia of cargo of the humanitarian help for those who has lost all in a fire. I had been made the message to go to this rubbish dump and to make photos of the thrown out cargo.
However, in it I was already outrun by program "Vesti" (the popular news program on Russian TV) …

On their video it is visible that on the rubbish dump have thrown out things intended for that who has lost all in fire, more than it is possible to put in multiton car "KAMAZ".
Here the next proof, that the authorities of Mordovia neglects interests of the people. The guarantor of the Constitution of Republic Mordovia Merkushkin should bear responsibility for this first of all. Only for this fact it is necessary to demand its resignation from a post of the Head of Republic Mordovia, and this offer is directed to the President of the Russian Federation.